The image edge model (IEM) allows finding sound propagation paths in complex environments, such as urban ares, considering reflections and diffractions between a source and a receiver. The method can be considered as an extension of the image source model which also images diffracting edges. Thus, it is capable of considering paths including multiple diffractions. 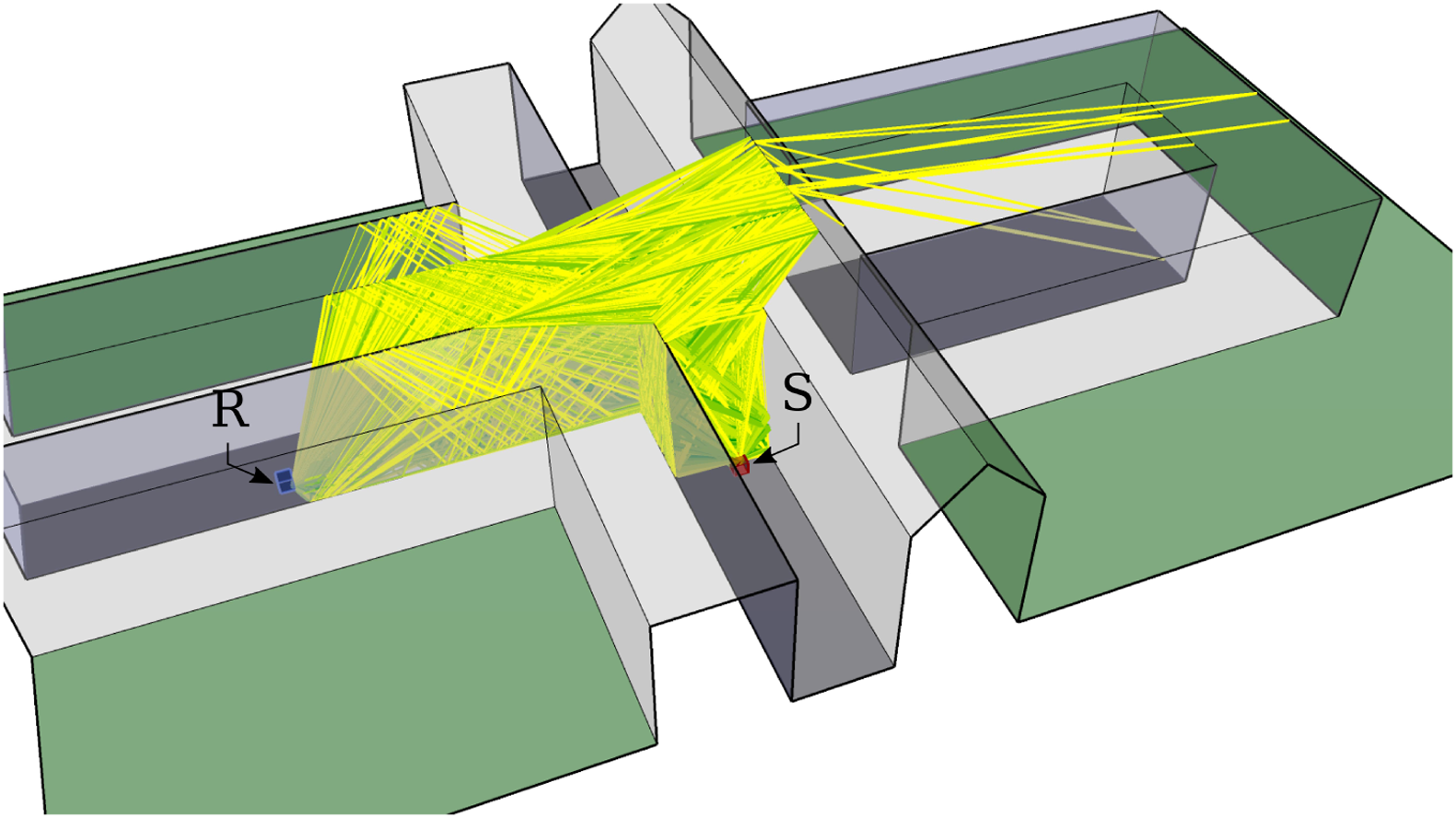 The model is designed for the purpose auralization of urban scenarios. To increase the efficiency of the algorithm, it allows to drop irrelevant sound paths at an early stage using back-face culling. Additionally, it provides psychoacoustical culling schemes. These reduce the total number of considered sound paths by estimating their audibility.

Being part of the ITAGeometricalAcoustics C++ library collection, the implementation of the model is open-source and is provided on the respective git repository. The pigeon application allows to run simulations based on the IEM. Those paths can then be visualized or used to derive acoustic filter properties, e.g. propagation delay and air attenuation, for the purpose of auralization.

The propagation path finder application based on the image edge model

Pigeon is a propagation path finder application based on the image edge model (IEM). It allows to find sound paths in complex urban environments considering reflections and diffractions. It has a GUI mode for quick testing and a CLI mode for batch processing. In addition to simulating the sound paths, pigeon features the export of a SketchUp file with the considered geometry mesh and a visualisation of the propagation paths.

The usage basically is:

All simulation parameters are given to the simulation engine using an ini-file. The most convenient way to setup and run a simulation is using the Matlab interface introduced in the following.

The ITA-Toolbox for Matlab includes a set of functions and classes to interface the pigeon app. Additionally, it contains methods to derive filter properties from the simulated sound paths. In this context, the two most important classes are:

Check out the examples provided in the folder "ITA-Toolbox\applications\SoundFieldSimulation\Pigeon\examples\" which is part of your ITA-Toolbox directory: